In August 2020, Electreon announced, in coordination with its European infrastructure and urban development partner Eurovia (a Vinci company), its first wireless Electric Road System (ERS) project in Germany to power a bus line connecting the new EnBW training centre in Karlsruhe's Rhine harbour to the local public transport system hub. The client, EnBW, is one of Germany's largest energy and electric mobility providers.

The project will focus on electrifying the road that spans the EnBW training centre in the Port of Karlsruhe to the local public transport system. An electric public bus operates during peak times to demonstrate the viability of the technology as part of Electreon’s signed Memorandum of Understanding (MoU) with road construction company Eurovia for use in France, Belgium and elsewhere in Germany.

The initial project was installed in a 100-meter section of road. After successful testing, it is expected that it will expand to a 500-meter section directly into the city. With this pilot, Electreon expanded the number of vehicle platforms utilizing its receiver technology – which already includes electric buses with supercapacitor energy storage, a battery-powered bus, a range of passenger vehicles, an electric van, and a long-haul electric truck. The Higer e-bus is being operated by VBK, the Karlsruhe Transport Company, the municipal transport company of the city of Karlsruhe. Technical support for the bus is being provided by Chariot Motors, Higer’s distributor in Europe. The road work was done by Eurovia and electric work by Omexom, both subsidiaries of Vinci. 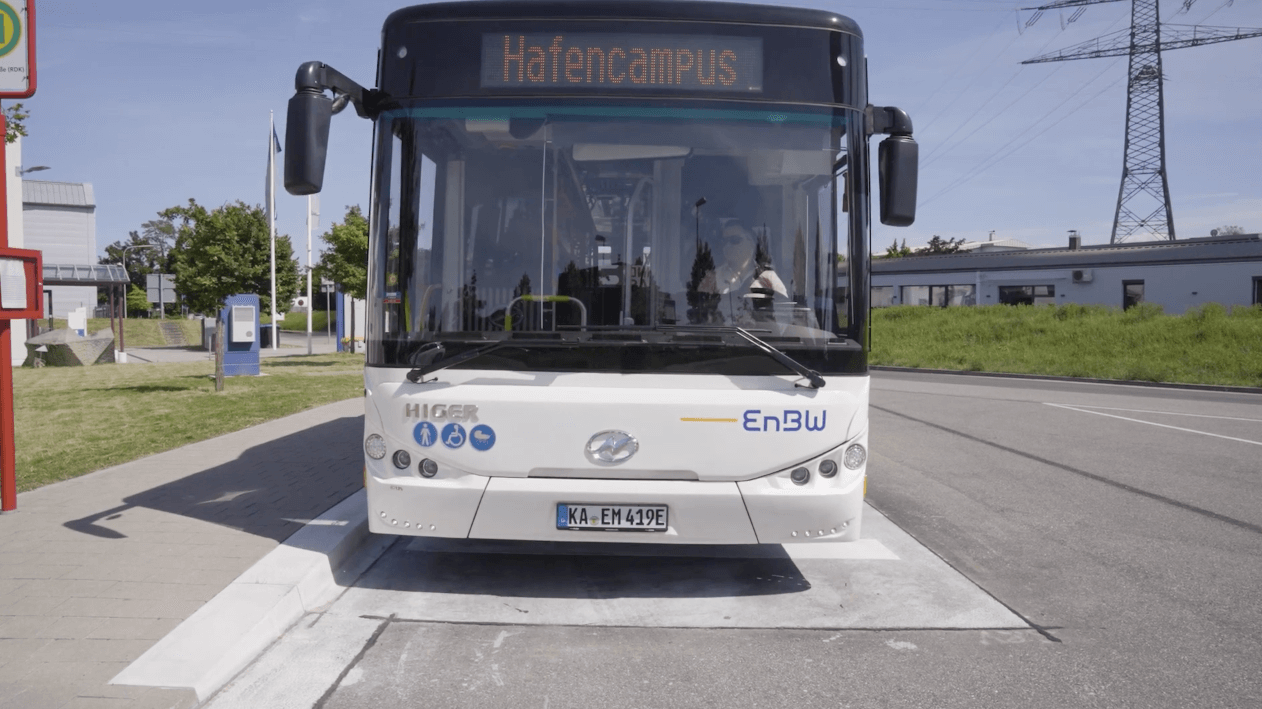